Cottonwood Camp was a busy place the morning we hiked out. We spent half an hour packing up our camp and chatting to other hikers before we started to hike out by the light of our headlamps. 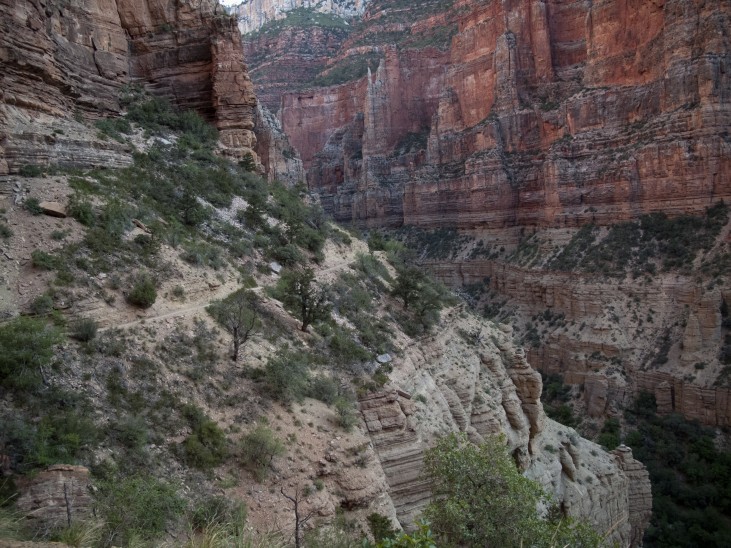 I was really nervous for this part of the hike. I’d heard that the North Kaibab trail is really difficult and that parts of it are really scary. Thankfully it wasn’t as bad as I feared. Thanks to all the training we did for this hike we made really good time. Parts of the trail were a little bit scary, especially if you’re afraid of heights, but not that bad. 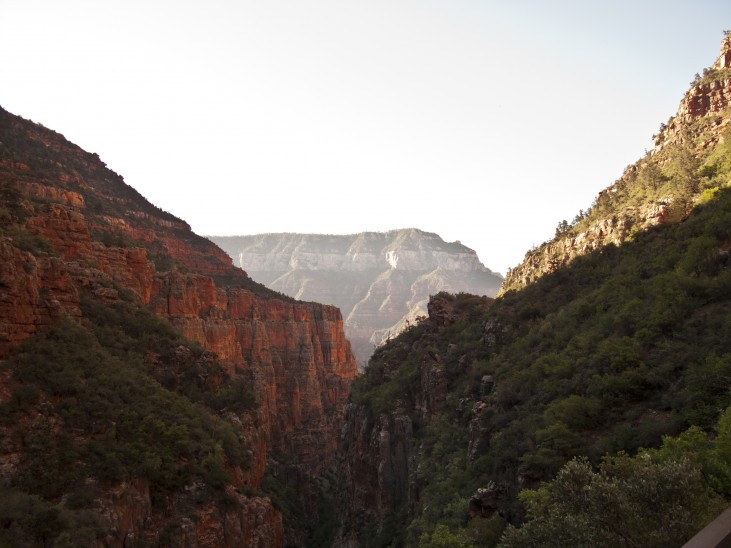 The North Rim of the Grand Canyon is a higher elevation than the South Rim. The South Rim is open year round and has restaurants, buses, and several hotels. The North Rim only has a hotel, a campground, and a small general store. The facilities are closed from mid October to mid May because the North Rim gets a lot of snow. The day we arrived was the first day of the season on the North Rim. 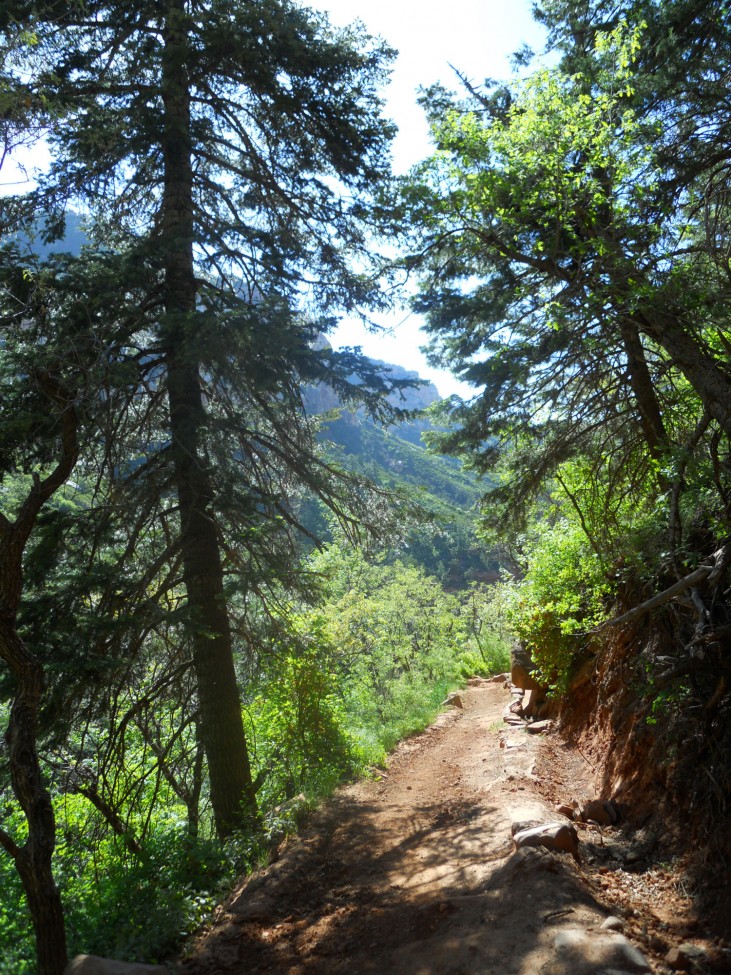 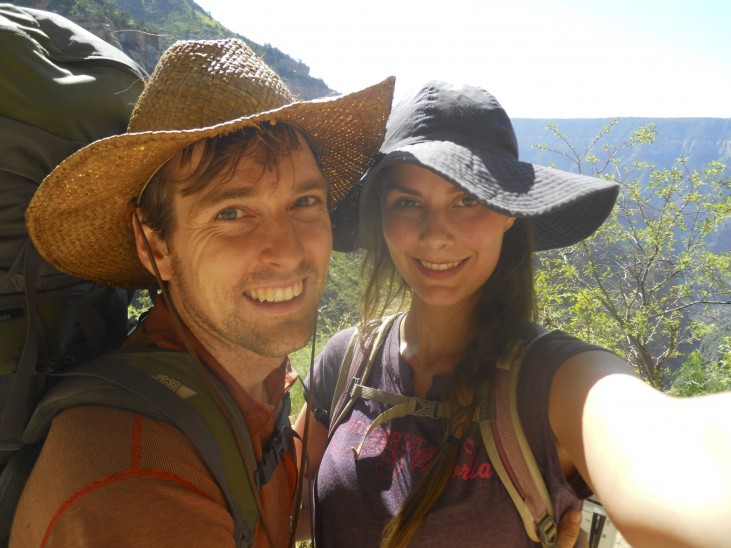 The North Kaibab campground was a lot of fun to stay in. Since it was so early in the season there were only a few hikers staying there. Most of them were people we’d chatted to on the trail or met at Cottonwood campground. We ended up stocking up on snacks from the general store and sitting around a picnic table swapping travel stories and having beers with a hiker we’d met at Cottonwood camp. 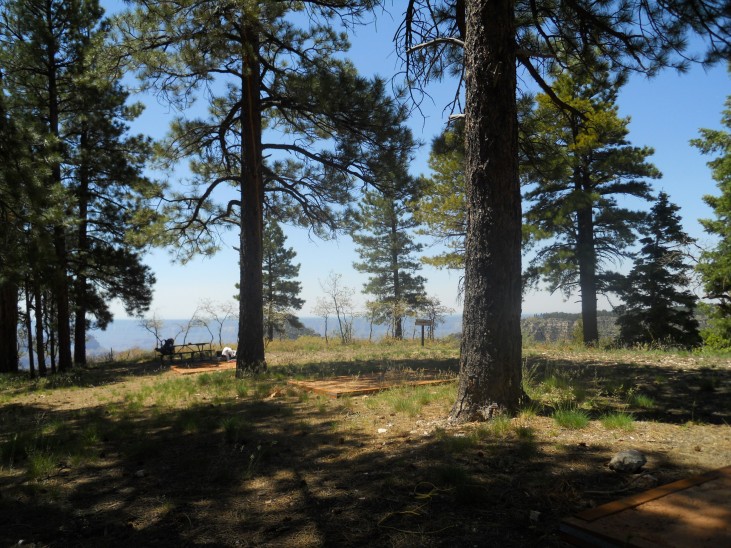 I wanted to share a few tips for anyone planning a Grand Canyon rim to rim hike. If you are considering doing this hike I highly recommend it! Jonathan and I always talk about how much we want to go back. The Grand Canyon is such a spectacular place and hiking the trail allows you to see so much of it. That said the rim to rim is a very challenging hike in an extreme environment. You can easily get lost and some trails have little access to water and shade. You can hike for a really long time without passing anyone.

If you are training for this hike make sure you include as much elevation gain as possible. Jonathan and I trained for about five months by hiking twice a week and jogging. This meant week night after work hikes in the dark. 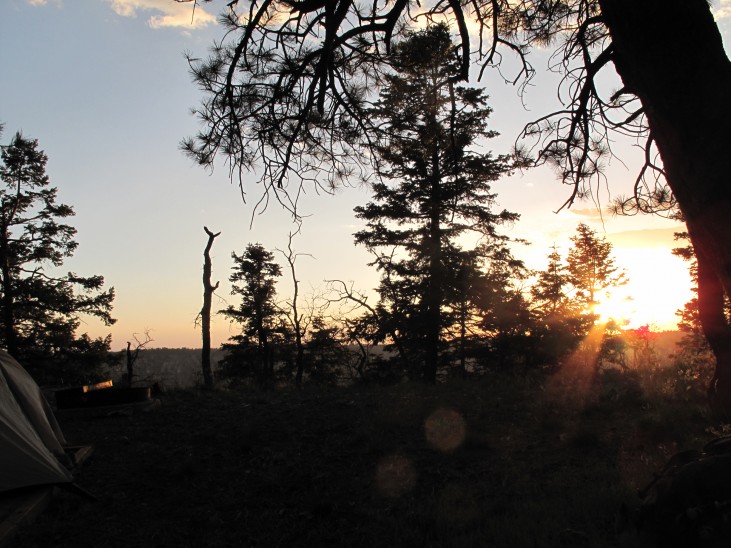 Pack Gatorade powder or electrolyte tablets. Jonathan and I usually try to pack super light on overnight hikes but these are essentials. When you’re doing such a strenuous activity in the heat and drinking lots of water to avoid dehydration you are susceptible to water intoxication. Water intoxication is a condition where over hydration throws off the electrolyte balance in your body.

Avoid hiking mid day. We always started hike days before sunrise. The afternoon we spent at Cottonwood camp was pretty miserable. It was so hot and because there were very few trees you can barely escape the heat. One particular camp site had a tiny patch of shade from a tall bush. There were several groups of hikers crowded into the shade of this bush snoozing on the ground. It’s just so hot. 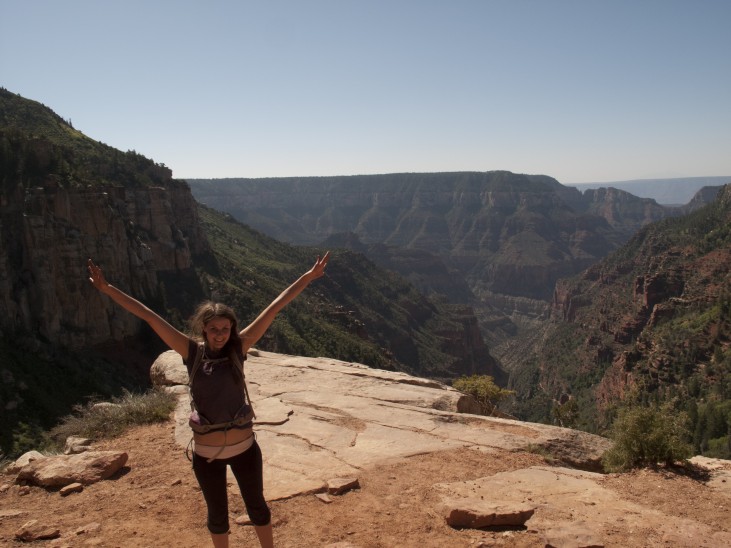 Pack a headlamp and moleskin bandages for blisters. Bring sunscreen and a wide brim hat. I ended up bringing a dorky cotton sun hat that my mom had kicking around and was so grateful for the shade it provided. Jonathan bought a straw hat from the gift shop before we started our hike. Bring twice as much food as you think you’ll need and eat frequently. Even if you don’t feel hungry you’ll need the extra calories.

Plan ahead. You do need a back country permit to camp below the rim of the Grand Canyon and they book up fast. Registration for our permit opened on January 1st so we waited until midnight and faxed our application in at 12:01 am. We still didn’t get our first choice for permit days.

So that’s it for our Grand Canyon rim to rim hike. Hopefully one day we’ll get to do it again. A few years ago Google Street View captured some of the more popular Grand Canyon trails. So if you don’t want to actually hike the Grand Canyon you can still check it out here.